Wondering if a senior family member is developing Alzheimer’s? Here are a few of the early warning signs of the disease. 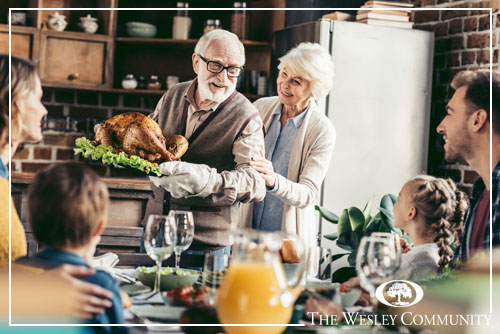 In the course of our busy lives, we all misplace belongings or have trouble remembering a new acquaintance’s name. It’s easy to blame it on the hectic pace many of us keep. When memory loss begins to impact daily life, however, it shouldn’t be written off as a normal part of growing older.

In fact, memory loss that impairs a person’s ability to carry on a regular routine may be a sign of something more serious. It could be due to an infection somewhere in the body, a thyroid deficiency, or even Alzheimer’s disease. Some of the conditions that are linked to memory loss can be reversed with proper treatment. For others, like Alzheimer’s, early intervention may allow the symptoms to be better managed.

How Common Is Alzheimer’s Disease?

Alzheimer’s is the most common form of dementia, accounting for as many as 80% of all cases. According to a 2019 report by the Alzheimer’s Association, 5.8 million people in this country have Alzheimer’s. As baby boomers continue to reach retirement age, researchers believe the number of people diagnosed with the disease will soar.

While the symptoms associated with mid- and late-stage Alzheimer’s are clearly noticeable, the earliest signs aren’t as easy to recognize. If you are concerned a senior loved one might be developing Alzheimer’s, learning more about the common warning signs may be helpful.

Confronting the reality that a family member may have Alzheimer’s disease is daunting. It’s one reason adult children sometimes delay talking with a parent. While it’s possible the senior has the disease, there are other conditions that mimic Alzheimer’s. Their physician will assess for those conditions before arriving at a diagnosis.

Finally, if Alzheimer’s is the diagnosis, early intervention may help slow the progression of the disease and give your family an opportunity to better plan for future care needs. A memory care community, like the one on The Wesley Community’s campus, allows an adult with dementia to live their best quality of life despite the disease. To learn more, call us at (518) 587-3600.