Early onset Alzheimer’s is a form of the disease that strikes people as young as 40. Learn more about it and the common signs. 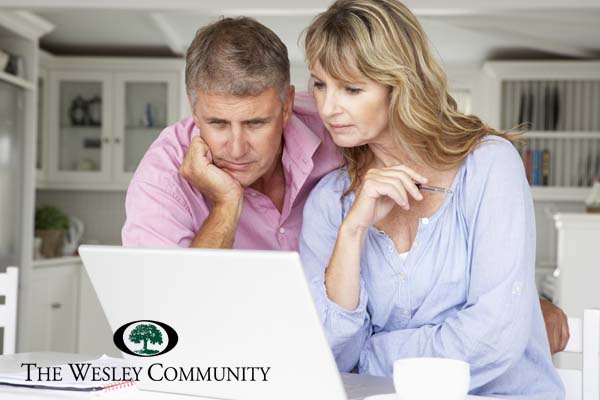 If you’re like most people, you think of a senior citizen when the topic of Alzheimer’s comes up. It’s true that the disease most commonly strikes older adults. What’s not true, however, is that middle-aged adults can’t develop this common form of dementia. When an adult under the age of 65 is diagnosed with Alzheimer’s, it is referred to as “early onset Alzheimer’s.”

What Is Early Onset Alzheimer’s?

Since it’s fairly common for all of us to forget things over the course of a busy day or week, early onset Alzheimer’s sometimes goes undetected. If the adult is in their 40s or 50s, people chalk it up to a stressful life with too many responsibilities to juggle.

If you temporarily forget a neighbor’s name or an appointment but remember later, that’s likely not anything to worry about. If that’s the only symptom, the odds are it’s not early onset Alzheimer’s. If there’s a pattern of forgetfulness and memory loss that disrupts daily life, it might be a red flag for something more serious.

Stress and other common health conditions can mimic Alzheimer’s disease making it more difficult to detect. Since a primary care physician doesn’t usually look for signs of Alzheimer’s in a middle-aged patient, families are likely the first ones to notice a problem.

If you’re concerned the changes you notice in someone you are close to might be early onset Alzheimer’s, here are the warning signs. You’ll notice they are similar to or the same as the symptoms of Alzheimer’s in older people:

Symptoms to Discuss with Your Doctor

If you think you or someone close to you is exhibiting signs of Alzheimer’s, no matter what their age, it’s important to discuss the symptoms with a doctor. Since there isn’t a test to diagnose Alzheimer’s, the physician will likely conduct all or a few of the following:

The Odds of Early Onset Are Low

While it is important to see a doctor, don’t panic unnecessarily. Of the 5.3 million cases of Alzheimer’s disease in the United States only about 5% are people under the age of 65. That means the chances of developing early onset Alzheimer’s are low. A physician will be able to test for treatable conditions like thyroid disease or a vitamin deficiency, which are often mistaken for dementia.

At The Wesley Community, we offer Alzheimer’s and Memory Support programs to help adults with dementia live their best lives. If you are looking for memory care in the Saratoga Springs area, we encourage you to schedule a private tour to learn more.