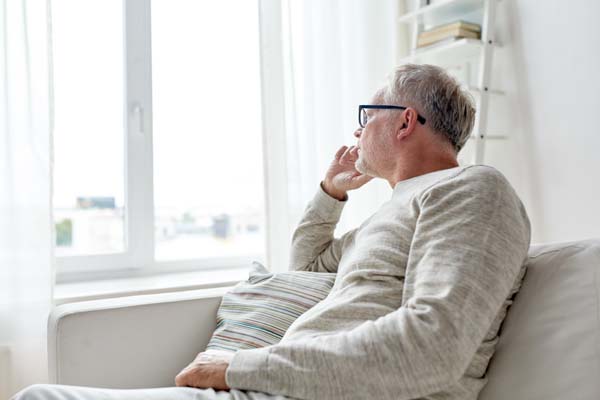 Sharing in an interview that he never told anyone because he felt ashamed, the former Surgeon General Vivek Murthy spoke of his youthful loneliness. He believed at the time that admitting how he felt was like admitting he wasn’t worth being loved.

That stigma, still so firmly attached for most of us, has made it easier to disclose our depression or anxiety than to admit to being lonely. Maybe because it feels like the most wretched character flaw if no one wants to be your friend.

But loneliness is not a reflection of worth. It’s a state of mind with feelings of emptiness and being separate from others. There’s no single cause or fix. Yet the strategies that can help — sharing feelings and spending time with others — can be the hardest to access when you already feel cut off.

Men and Loneliness: What Society Says


Both genders are just as likely to suffer from this perception of social isolation, but it often can be harder to find the way out of the chasm if you were discouraged from expressing any vulnerability growing up. And if alleviating loneliness relies on asking for help, men are likely at a disadvantage.

“Society’s expectations are often that men shouldn’t speak about their needs,” said Dr. Jaqueline Olds, consultant in psychiatry at the MGH/McLean Adult Psychiatry Residency Training Program and associate professor of psychiatry at Harvard Medical School. “They’re supposed to be strong and silent.”

Boomer men are making progress, though slowly. “Our belief system about men has been changing in the last 20 years, but the data still shows that men don’t seek out help like women,” said Geoffrey Greif, a professor at the University of Maryland School of Social Work. “There’s still the feeling that a man should be able to handle any problems on his own.”