This spring, The Saratoga Regional YMCA’s Intergenerational Learning Center at Wesley paired preschool students and seniors for a dynamic, multimedia art project at Wesley’s Woodlawn Commons. Directed by artist Jackie Sweeney, the project entitled “Onomatopoeia Please! Seniors and Children, Symbols and Sounds Musically Converge in Poetry, Painting and Animal Themes” was a fun and creative success for all involved.

The intergenerational group created paintings and sculptures while listening to classical pieces of music meant to inspire the artwork. The adults also wrote poetry and short stories as part of the project. The series wrapped up with an art and poetry opening where representatives of Assemblywoman Carrie Woerner presented an Official NYS Assembly Citation to the program.
⠀⠀⠀⠀⠀⠀⠀⠀⠀⠀⠀⠀⠀⠀⠀
Thank you to The Saratoga Regional YMCA for partnering with Wesley in this fun and enriching program. Saratoga Arts made this program possible with a Community Arts Grant funded by the New York State Council on the Arts. Thank you to Saratoga Arts, the Saratoga Regional YMCA and Wesley’s Woodlawn Commons for making this series possible. For 20 years students at YMCA’s Intergenerational Learning Center at Wesley has offered a unique balance between a great preschool atmosphere and meaningful time with older adults. The bonds that are created help our students grow and become kind, well-balanced youth as they develop an excitement and joy for learning. ⠀ 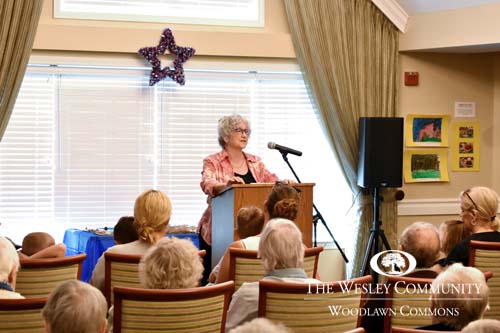 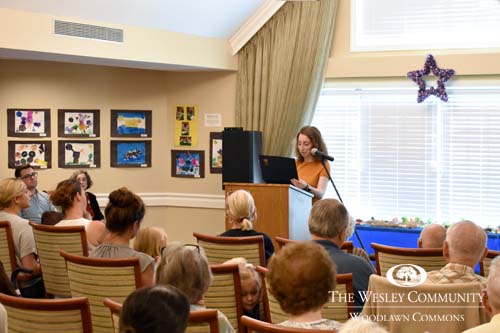 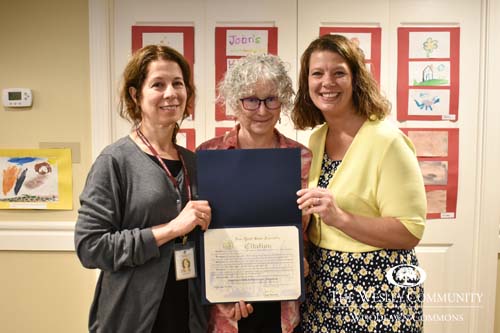 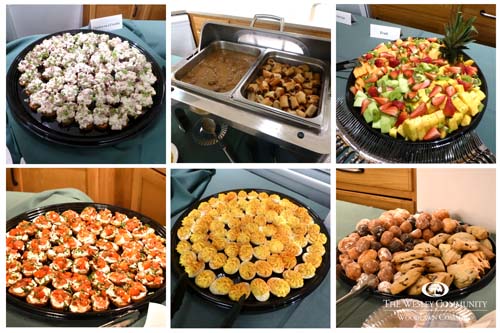