David was born in the town of Victory Mills, NY in 1929. He joined the Navy in 1945 and was stationed in Brainbridge, MD for boot camp. He later transferred to Norfolk, VA and served on the USS Hugh Purvis DD-709 until 1949. David’s ship docked in port cities throughout Europe, Northern Africa and Cuba. He is grateful for the opportunity to see these far off places. After serving on the USS Hugh Purvis David then joined the National Guard for eight years at which time he transferred to the Navy Seabees Reserves.

Since it was organized in 2013, North Country Honor Flights has made 31 flights, bringing 465 veterans to tour the U.S. National Monuments.  The National Honor Flight Network began in 2005 and now has 130 Hubs which have flown a total of 222,133 veterans to the U.S. Capitol. Due to age, priority is given to the Veterans of World War Two and the Korean War, but Vietnam Veterans and others are encouraged to apply. 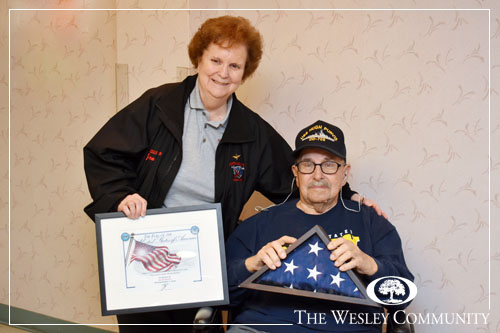 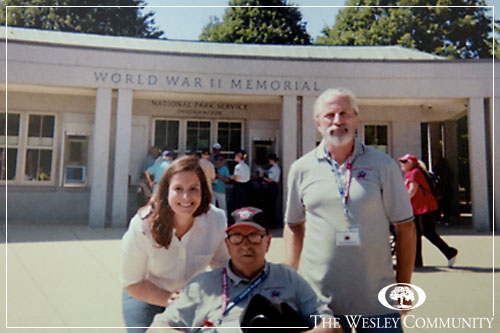 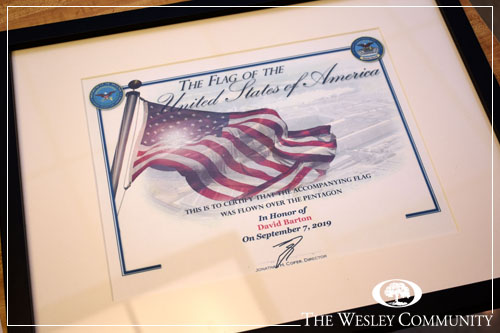 A plaque certifying that the flag flew over the U.S. Pentagon.