The Freedom Flag Tour is a large outdoor display of flags, which were purchased by the public in honor of a local veteran. The flags will be on display at different locations around Saratoga Springs throughout May and June. All net proceeds will be donated to Saratoga WarHorse, a nonprofit organization assisting veterans who are suffering from invisible, psychological wounds by providing a confidential, peer-to-peer, action based, equine-assisted experience that initiates immediate and empowering changes.

Thank you to the Saratoga Springs Lions Club for their efforts to recognize Veterans, including those at The Wesley Community. 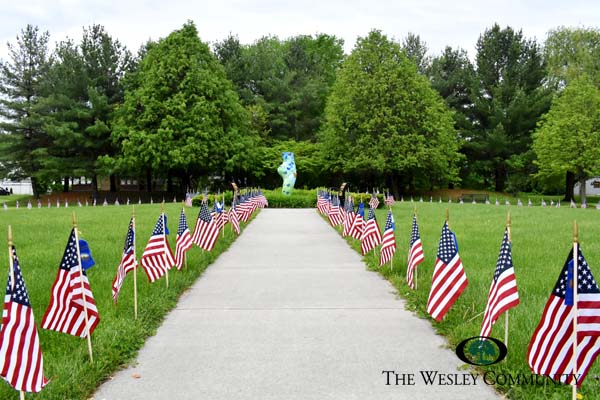 The Lions Club Flag Tour on display for residents to enjoy at Wesley’s Memorial Garden. 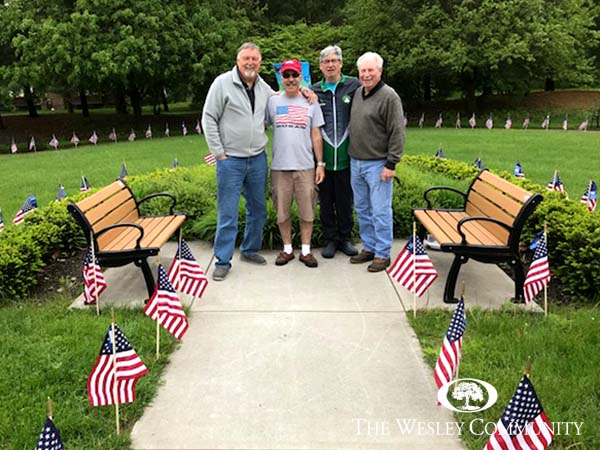 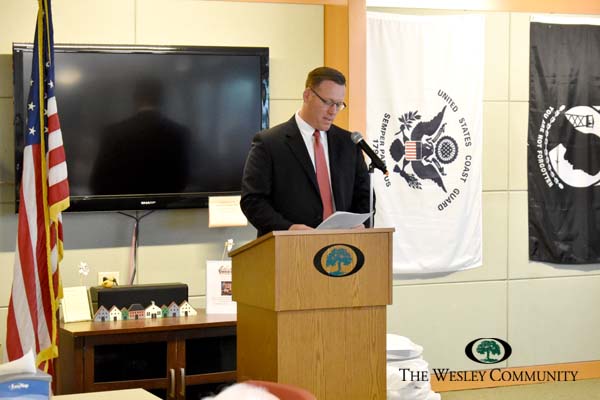 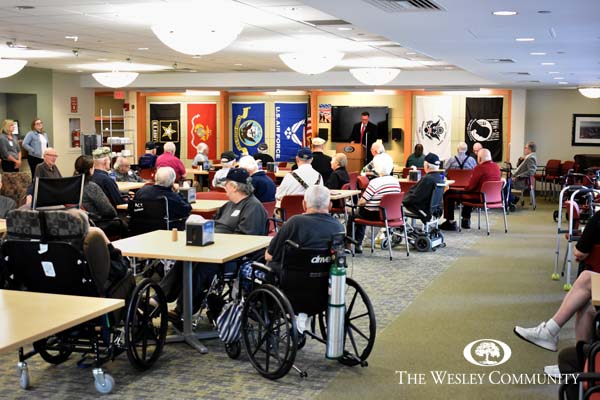 Many of Wesley’s resident Veterans were in attendance, representing all branches of the Armed Forces. 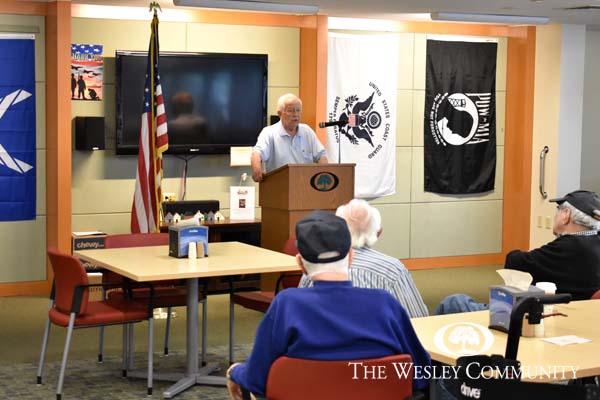 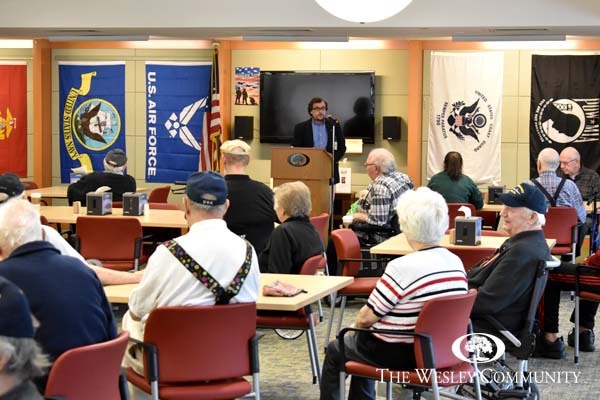 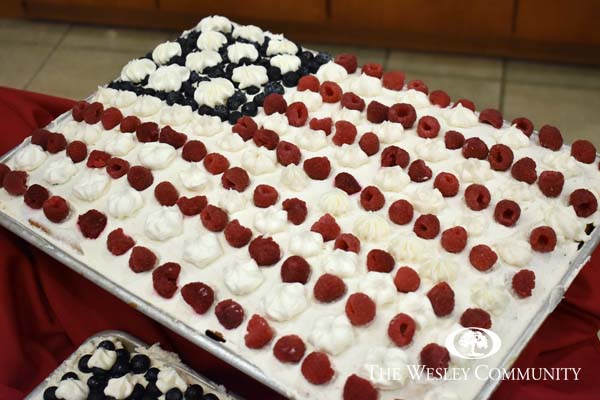 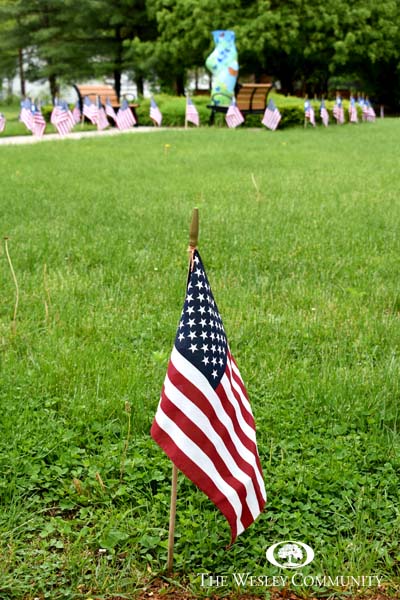