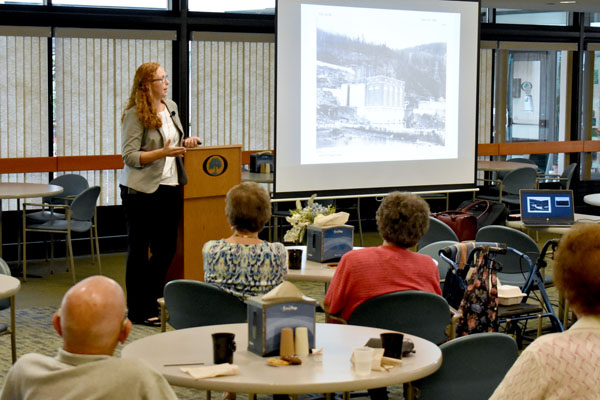 Thank you to Saratoga County Historian, Lauren Roberts, who gave a presentation titled Harnessing Nature: Building the Great Sacandaga in Wesley’s Embury Café on September 19th. The presentation chronicled the 1930 creation of the Great Sacandaga Lake, New York State’s largest reservoir. Roberts described the early days of the Sacandaga Valley, the reasons behind New York’s decision to create the reservoir and the sacrifices valley residents had to make for the “greater good”. It is a story of heartbreak, rebirth and a remarkable engineering project in its own right. A documentary of the same name was released in November 2017 and funded by the Great Sacandaga Lake Advisory Council. Roberts also discussed the documentary process and showed a few short clips from the film.

View the Harnessing Nature trailer below: